As their name suggests, the caps has opened out flat, exposing the rich, dark gills. 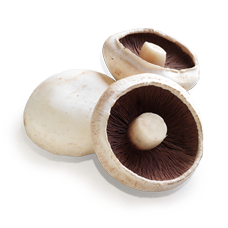 Small flats are sometimes known as breakfast mushrooms. Medium-sized flats are sometimes known as barbecue mushrooms (although any mushroom is great on the barbie). Jumbo flats are the large version and a recent addition to the mushrooms on offer. Flats are a meal in themselves and make an ideal meat substitute. Flat mushrooms should not be confused with field mushrooms, although their appearance and flavour are similar. Flats have an intense, robust, almost ‘meaty’ flavour, with a dense, spongy texture slightly softer than cups and buttons. 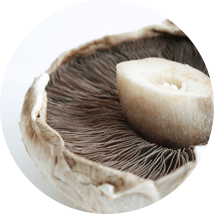